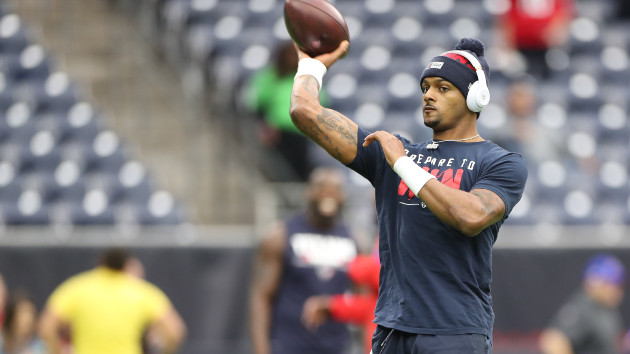 That lawsuit, filed Monday night, alleges that Watson “assaulted and harassed Plaintiff by exposing himself to her and touching her with his penis.” The incident allegedly took place in California, only the second of 14 accusations of sexual assault and other inappropriate conduct against Watson to take place outside of the Houston area.

The accuser, a traveling massage therapist, alleges that when she arrived at the address provided by Watson, he led her to a room and “locked the doors behind him.” She says Watson forced her hand onto his genitals during a massage, later telling her “I will not have you sign a [non-disclosure agreement], but don’t ever talk about this.”

Watson’s attorney Rusty Hardin said on Friday that the allegations against the quarterback are “meritless.”

In a statement posted online last week, Watson insisted that he has “never treated any woman with anything other than the utmost respect.”